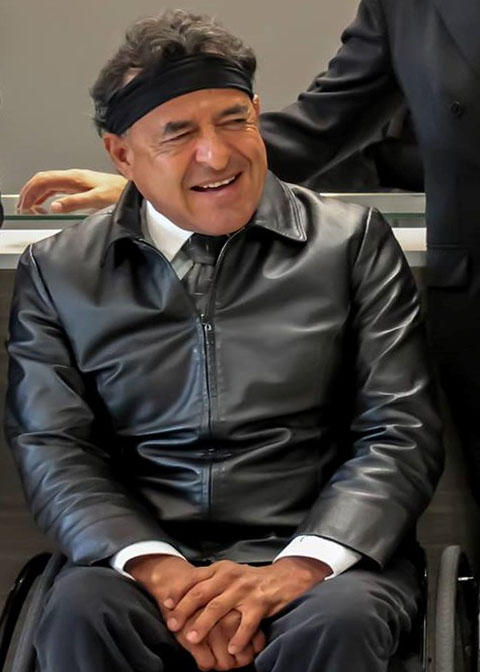 Danny Quintana is an experienced research and trial attorney and has over 35 years of legal experience. He writes books, delivers wheelchairs all over the world, plays wheelchair tennis in national and international tournaments and is the president of a global non-profit organization that works to educate people on ocean wildlife issues. He has received a Humanitarian Award from the Utah State Bar for his work in delivering wheelchairs to poor people in other countries. He was the City Weekly Best Author for his ground breaking book, "Hunting and Gathering, An Urban Youth Survival Guide." He received a letter from President Barrack Obama for his book, "Space and Ocean Exploration, the Alternative to the Military-Industrial-Complex". His new book, "The Mobility Project, Adventures in Humanitarian Work" will be out this summer. Mr. Quintana travels all over the world with his environmental and humanitarian work. He has a political science degree from the University of Utah where he studied under the famous political scientist Dr. Francis Wormuth. His law degree is from the University of Utah College of Law. He is a Hinkley Institute and Rockefeller Minority Scholar. He is a frequent host on radio shows regarding environmental issues. His firm held the nation's first panel discussions on "Should We End the War on Drugs?". He is an advocate for immigration reform and protection of the wildlife in the oceans. Mr. Quintana has argued cases in Federal, State, Tribal courts. He has appealed cases to the Utah Supreme Court, the 10th Circuit Court of Appeals and the Washington DC District Court. He has worked with attorneys nationally and internationally on behalf of his clients..

We are always ready to help you. There are many ways to contact us